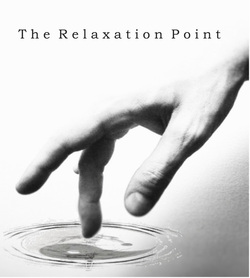 The aim of Structural Bodywork is to align the body in its relationship to gravity by working the many layers of fascia.  What is fascia?  Fascia is connective tissue.  It is the fabric that surrounds the body and weaves throughout the body.   It is incredibly strong and fluid and sleeves over all the muscle compartments and surrounds blood vessels and nerves.  Fascia has only recently become better understood and revered for what it truly is: the matrix of our selves.

In the past, in medical dissections, the fascia has been removed to see what lies beneath it as if it had no function other than to separate the muscles, but it is the matrix which connects everything.  It allows muscles and tendons to glide smoothly over one another allowing freedom of movement.  It communicates to the rest of the body.

Over time, from injury or repetitive motion, the fascia can thicken in places, becoming stuck and inhibiting movement, holding the body in postures that are not efficient and cause tension as we attempt to remain upright in relation to gravity.

Structural Bodywork can release these inclusions, restoring the fascia to its ideal fluidity and allowing the muscles to fall back into place.

The work is typically done in a series of four sessions.  The process begins with a consultation.  Photos are taken of the current posture and, after analysis, a plan is set up.  In each of the subsequent four sessions, Joseph will systematically work on a section of the body, releasing the fascia in that area until, by the end of the series, all areas contributing to the postural issue at hand have been addressed.  Once the fascia has been released the body will continue to reorient itself until it reaches its optimal, efficient state.

Here's what one satisfied client has to say: